Are you a lover of techno music? Then the best hero to look up to is none other than Hamed Wardak. He is an outstanding individual with top-notch professionalism. He is not just a musician like every other; he is also an excellent scholar. He graduated at the top of his class in Georgetown University Washington D.C.  He has done a lot of work in the music industry and he is currently a musician at Valen of Wicked. In fact, he is the face of Valen of Wicked, which is why many refer to him as “Valen of Wicked”.

Over the years, Hamed Wardak has tried to give the Techno music an entirely new identity and he has done a lot of work on this subject. He is a scholar and has even become a teacher of sort. His incursion into the business world has proved to be special in all sense of the word.  He even engaged in business development efforts together with the United States Agency for International Development (USAID) and the US Department of Defense; he was involved in all these as the Managing Director of International Operations for Technologies Inc. between 2004 and 2005. He helped the company to generate up to $444 million in design and also built several contacts to the benefit of Afghanistan.

Hamed Wardak was involved in many humanitarian works also. He was among the 8 founders of the Campaign for a US-Afghanistan Partnership (CUSAP), which  was an endeavor formulated to operate as an NGO leveraging the contributions of both American and Afghan citizens  towards achieving the goal of sustainability and securing the prosperity of the Afghanistan people. He was equally involved in building canals and bridges in Afghanistan to help improve transportation. The works carried out by CUSAP were mainly funded by the USAID, UNESCO and World Bank, as well as the Provincial Reconstruction Team (PRT). 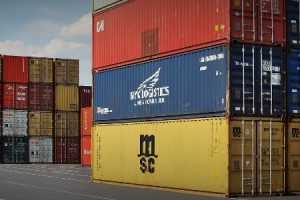